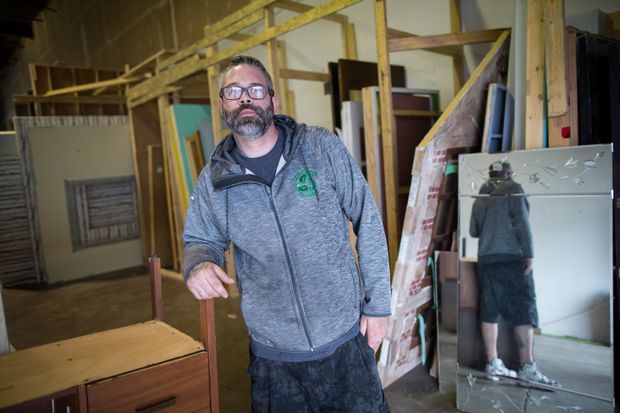 Kyle West is one of Hollywood’s biggest stars. He’s destined for a complicated relationship with a woman whose mission is to marry him and bring him into a cultish self-improvement movement. But he’s also environmentally conscious: His assistant hires goats and a herder to cut his lawn.

The environmentalism woven into West’s character on the made-in-B.C. series The Arrangement isn’t simply there to add intrigue. Clara George, who worked as a producer on the second season of the show, says the details were there to provide a subtle nudge to viewers about the importance of sustainability. Another character on the show drove a Tesla.

It’s a point the TV and film industries are trying to make with viewers, in the same way they turned against smoking and other uses of tobacco in previous decades.

“People are very worried they are going to have to change their lives dramatically to take any sustainable steps,” George says. “What we can show them is, ‘No, you don’t. They can just be in anything.’”

The Arrangement has come and gone as a series, but George, who has worked as a producer for about 26 years in Toronto and British Columbia, is among a group of leaders in the sector still fighting the green fight.

Sustainable production, including the meta issue of promoting green behaviour on screen, will be discussed at this year’s Vancouver International Film Festival.

There are about 60,000 direct and spin-off jobs in British Columbia’s production industry, which was worth $3.4-billion in the 2017-18 fiscal year, most of which came from Hollywood projects. British Columbia is now North America’s third-largest production centre, given that high-profile series such as The Good Doctor and Riverdale and feature films such as Deadpool 2 and War for the Planet of the Apes have been shot in the province.

As the industry grows, many are questioning its impact on the environment, advocating for the use of electric power instead of diesel generators to fuel on-location shoots, finding alternatives to bottled water to keep crews hydrated, donating leftover craft services food to the poor and even recycling the materials used to build sets.

George notes that change begins with little things: depicting a character drinking out of a ceramic instead of paper cup, for example. For George, showing sustainable behaviour is the same as using fiction to change the way women and diverse characters are depicted, among other issues.

“We don’t want to necessarily impact the creative element in terms of story line or anything like that,” says Harris. “But if [a character] is going to be driving a car somewhere, could that car be an electric vehicle? This is where we start to normalize behaviours onscreen, and substitute in products and behaviours that are more environmentally conscious.”

Behind the camera, changes toward sustainability are also being fought. Peter Mitchell, president of Vancouver Film Studios, which has hosted such productions as the film Star Trek Beyond and series including The Flash, says it’s a daunting task, despite good intentions.

Mitchell says reducing fuel use is a critical issue, especially among producers who use diesel generators to bolster their power supply in buildings renovated for use as studios.

George says some crews prefer the comfort of traditional approaches to getting production done.

Meanwhile, Port Coquitlam, B.C.’s Keep It Green Recycling Ltd. has been facilitating the recycling of fake walls used to build sets since April 2017.

They are shipped to the company warehouse, accepted for a drop-off fee and donated to schools, the community and other productions. So far, they have diverted about 98 tonnes of material from landfill. 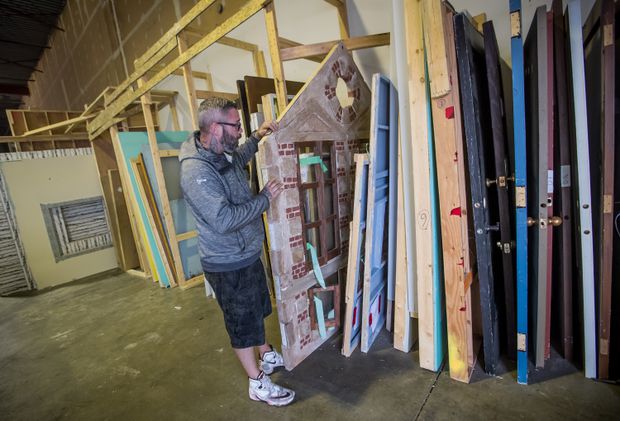 The operation also manages the donation of unused food served on set to a pair of shelters.

“People want to do the right thing,” says Kelsey Evans, who runs the organization.

Another initiative offers a resource centre for best practices on sustainable production. The Reel Green project is operated by Creative BC, an agency that works with the arts in the province.

Jeremy Mathieu, a sustainability adviser for the BBC, will be speaking about green storytelling at VIFF on a panel called The Hollywood Effect.

He says producers can move to be in sync with audience concerns about the environment.

“By showing on screen that we understand the changes that are happening, we can show the audience that we get it, we are with them in this, we are relevant in this changing world and there is, indeed, hope that we can address and deal with these major problems,” Mathieu said in an e-mail.

He encouraged producers to depict electric-car charging points in the background of a street scene or recycling bins on the street. They can show sustainable behaviours such as characters putting food in composting bins during a kitchen conversation. Or they can have characters working in the green industry and mentioning climate change or pollution as part of a conversation.

George says there is work to be done, but the production sector embodies creativity. That leaves no excuse for not pushing ahead for change. It can offer an example to other industries grappling with how to be sustainable, she says.

“What drives me crazy is that people still think it’s a discussion. We need action now. We need to figure out what has to happen and make those policy changes. I don’t think climate change is debatable.”